​Hear it now ​at beanhoy.bandcamp.com

The songs are a laundry list of local and national maladies, often depicted with a dark sense of humor. And, as often as not, the music is as playful as the words. All in all, a reflection of inane pop culture, where one no longer condemns the plastic world around us but instead videotapes it for later when there's nothing else on.
–Ted Johnson, LAX Magazine 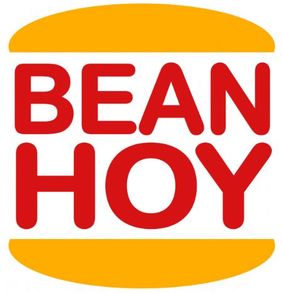 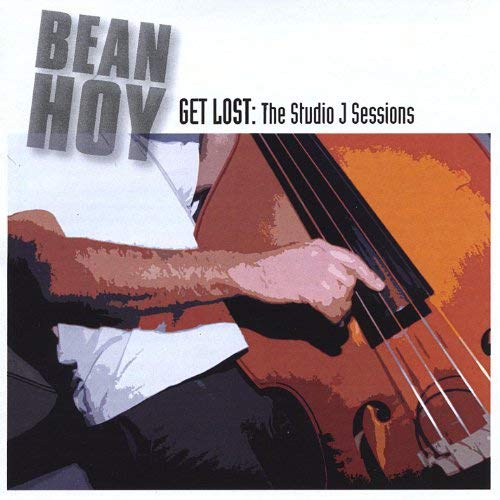 Guitar-slingin' journalist Mike Starling started the Bean Hoy project as an outlet for his wry, topical tunes about subjects like road construction, shitty jobs and the joys of beater cars and Wisconsin winters.

Bean Hoy took the stage in everything from acoustic duo to 8-piece rock band with a brass section called the Horns of Vengeance.

The group's last gig was at the Circle A in Milwaukee in 2010, and Hoy alumni are now off on new creative adventures. But thanks to the miracle of modern technocracy, their songs are still streaming and downloading at all your favorite places.

​A new career retrospective, It's a Big Dumb World: A 25th Anniversary Collection, was released on Momentous Records in 2019.
​
SONGS & LYRICS

WHERE ARE THEY NOW?

Mike Starling: Bean Hoy founder recently returned to his roots in western Wisconsin after nearly two decades working in Chicago, Milwaukee and Colorado. Check out his latest music and art projects at mikestarling.com.

Jared Drake: Bass player in the Milwaukee-based version of Bean Hoy now plays in the bands Bella Brutto and the Northliners.

Tom Plutshack: Guitarist in the Milwaukee-based Bean Hoy lineup now plays with the bands Bella Brutto, the Spiders from Milwaukee and probably a few more we don't know about.

David Purcell: Drummer on several early-era Bean Hoy songs lives in NYC and teaches music law and business courses at the Berklee College of Music. He has performed and/or recorded with Jesse Malin, Ashford and Simpson, Tom Wopat, Debbie Harry, Jody Watley and the Rocky Horror Show and Phantom of the Opera stage productions.

Hans Mayer: Guitarist and recording engineer on early recording sessions splits his time between the Mayer Brothers Band, a solo career, and backing touring artists like Bill Miller. "Tomorrow Never Comes," a song Hans co-wrote with Bean Hoy founder Mike Starling, is featured on his solo album Looking for Something.

Dave Reinders: Bass man for most of the '90s-era Bean Hoy and the Horns of Vengeance lineup live shows has played in several La Crosse area bands, including Porcupine and Junk Farm.

Matt Jurewicz: Drummer with the Horns of Vengeance lineup played in other La Crosse area bands including Junk Farm. He is now a financial consultant in the Twin Cities.

Mark Lakmann: Trombone player in the Horns of Vengeance is the band director and music department chair at La Crosse Logan High School and plays with the La Crosse Jazz Orchestra, La Crosse Concert Band, LB and the High Volts and other local groups.

Travis Christopherson: Trombone player in the Horns of Vengeance lives in Eau Claire where he manages a music store and plays with the band Kid Kactus & the Tumbleweeds.

Jeff Sherin​: Lead guitarist in the Horns of Vengeance-era live band has played in numerous La Crosse area bands. He currently plays with Toaster Ghost under the pseudonym Dylan Stardust.

Pete Vogt: Drummer and clarinet player on Bean Hoy debut album splits his time these days between homes in Alaska and New Jersey. The clarinet is gathering cobwebs.

Gretchen Vogt-Henchen: Tuba player on Road Construction song lives in La Crosse and still occasionally brings out the horn to play for her kids.

Kevin Skrenes: Drummer on the recording of the Bean Hoy song Rocket was also a member of the Sons of Distortion band led by Bean Hoy founder Mike Starling. The grapevine tells us he's living in Colorado these days. The grapevine can be wrong, however.

Mark Truesdell: Frequent guest musician at the Bean Hoy band's Milwaukee gigs heads up Spirals Music with his wife Candice Nokes. He's also the percussionist with Smith & Binder Jazz and has recorded several albums of his own tunes. In 2014, he tapped Bean Hoy founder Mike Starling to play bass and shoot video for his song Orange.

Dave Bolyard: A drummer/percussionist/trumpet player who joined the Milwaukee-based Bean Hoy lineup on stage on occasion, is singing and playing these days with the Tritonics, a Milwaukee rock steady group.

Jimmy Peterson: Occasional bassist in the Horns of Vengeance-era band lineup hangs his hat now in Minneapolis and has played in numerous bands including the 757s. His latest solo recording is Translation Blues. 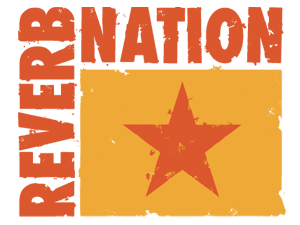 Bean Hoy on Vimeo!
CONTACT BEAN HOY
This is the official website of the Bean Hoy band project led by songwriter Mike Starling.